When I first played Gears of War back in November of 2016 I didn’t think much of it. I’ll be honest… I didn’t like it at all. So how do I feel almost 13 years later?

Gears of War has always played really good. I was surprised at much I enjoyed the gameplay to this game. I thought it would be wonky, it is at times, and damn near unplayable because this is a game that released back in 2006 after all. The Ultimate Edition does come with some tweaks to the controls though. I played through this game in about 7 hours. I played two hours with my Xbox One controller and the rest with mouse and keyboard and, unsurprisingly, I preferred the mouse and keyboard controls over the controller. It just felt better and it’s honestly the way this game was meant to be played.

Running from cover to cover and blasting Locust in the face with my trusty shotgun felt really good. If they got too close I could always swap weapons and murder them with my chainsaw rifle. This game has fantastic gameplay that never lets up. There are moments when the action stops to progress the story, but it’s never for long. Gears of War took me from one impressive location to the next filled with different types of enemies for me to overcome. You’ve got your normal grunts that shoot at you with their own rifle variants, snipers, boomers (rocket launcher dudes), crawlers, and more. This game is very impressive and plays incredibly well even today almost 13 years later.

Here’s another area where this game shines. The soundtrack is absolutely amazing, the guns sound good, and the voice acting is good too most of the time. Your standard human grunts have average voice actors, but all of the main characters sound great. Especially Marcus. I fell in love with his character as I played and I remember not liking him when I played it back in 06. I was only 17 and my taste were… very different than what they are now. And that’s me trying not to call my younger self an idiot :).

Guns have that oomph that I love in shooters and all sound as dangerous as they should in a game like this. The soundtrack is really impressive. It’s arguably the most impressive thing about the game. It goes from those heavy orchestral riffs to more of a creepy, ambience that you would find in most horror games. When I was walking down a long, dark corridor the music that played in the back had me second guessing if I wanted to enter the next room. That’s how creepy it got and the best thing about it is it never let up. When you’re fighting things ramp up a lot, but when you’re not it knows when to calm itself down. I love that about this game and not many games, yet alone shooters, know how to find that balance. Gears of War Ultimate is a very good looking game. If I was judging this game just based on the way it looks it would be in the great section, but that’s not the only thing I judge this section on. I also judge a game’s performance and different features that you would expect to be in a PC game. Gears of War Ultimate looks incredibly. Especially when you ramp everything up to 4k, but I never got stable fps. It didn’t matter what setting I played on it stuttered like crazy and dipped into the lower teens at times. It got so bad that I died on more than one occassion because my screen would freeze for about two seconds and the next thing I know I was looking at the reload checkpoint screen.

I’m also a little disappointed in the lack of graphical options in this game. The highest form of antialiasing is FXAA (which sucks) and you’ve got your usual Texture, shadows, motion blur. There’s no view distance or anisotropic filtering. The lack of options leave much to be desired here and that’s one of many reasons why this is in the good section. This game told a surprisingly good story. I actually really liked Marcus and his crew. They complained, talked, and made fun of each other a lot and I liked that. It helped guide the story from one location to the next and helped break up the tension after a good firefight. The story isn’t Mass Effect kinds of good, but I really liked the Locust and it’s a shame I won’t get to play the second game because it’s not on PC. 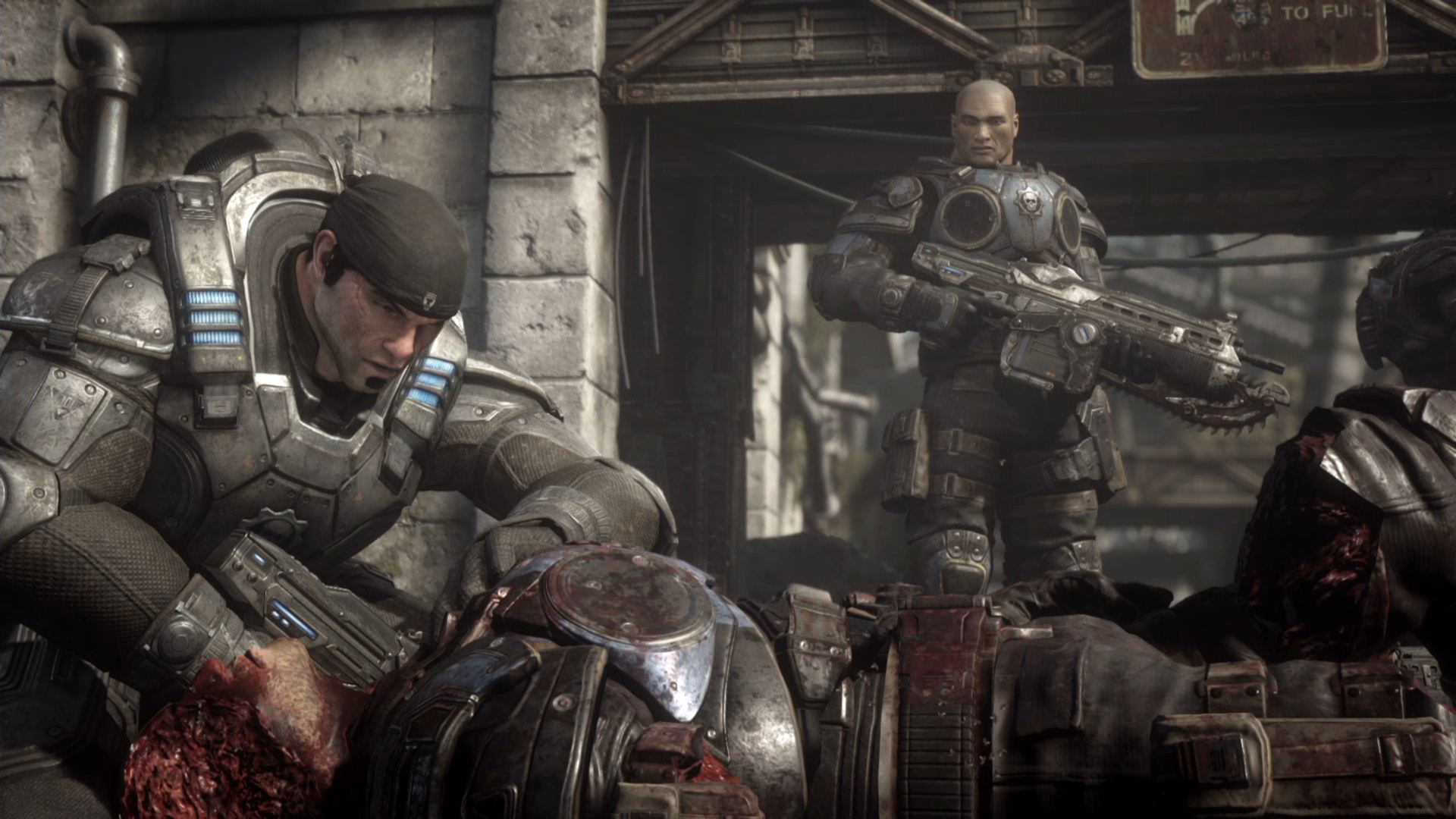 I know I already mentioned how bad the PC port is in this game. I almost uninstalled this game twice because of how bad my performance had got. I would randomly dip down to the mid forties in corridors and even worse than that during firefights. My PC can run The Division 2 in it’s full glory and never dip so this is unacceptable. The game would freeze for a few seconds and later on I even died during a cutscene. I watched the cutscene and progressed to Act 5, but before the act started I was staring at the gameover screen. It was weird and that was one of many bugs I encountered while playing this game.

Gears of War Ultimate is a great game. It really is. The gameplay, characters, and soundtrack are absolutely phenomenal. I really loved my experience with the game this time around, but the many bugs, glitches, and major fps issues really affected my enjoyment of the game. I have to be fair here. I really wanted to recommend this game to everyone, but I can't. I have to be fair and the PC port of this game is absolutely abysmal. If you're going to play this game get it on Xbox One. The score below is how I feel about the PC version of the game. Not how I feel about the game in general.

Leave a Reply to The Night Owl Cancel reply