Pagan Online has officially released! So how good is the final product? Here’s what I think of it so far.

Pagan Online was in early access for quite a while before launching a few days ago. It’s a unique little game. On the outside you would just think it’s a game like Diablo, Path of Exile, and Grim Dawn. You would be wrong on that one. Yes, it does have certain things in common with your average ARPG. It’s actually a mix of Diablo and Warframe. How? In this game, you’ll be hacking down monsters, dodging attacks, and using various different (not clicking) buttons to manuever around and perform different skills in battle. At the end of the stage you’ll be rewarded with a bunch of crafting materials and gear to equip for any of the unlockable heroes. It’s completely random. 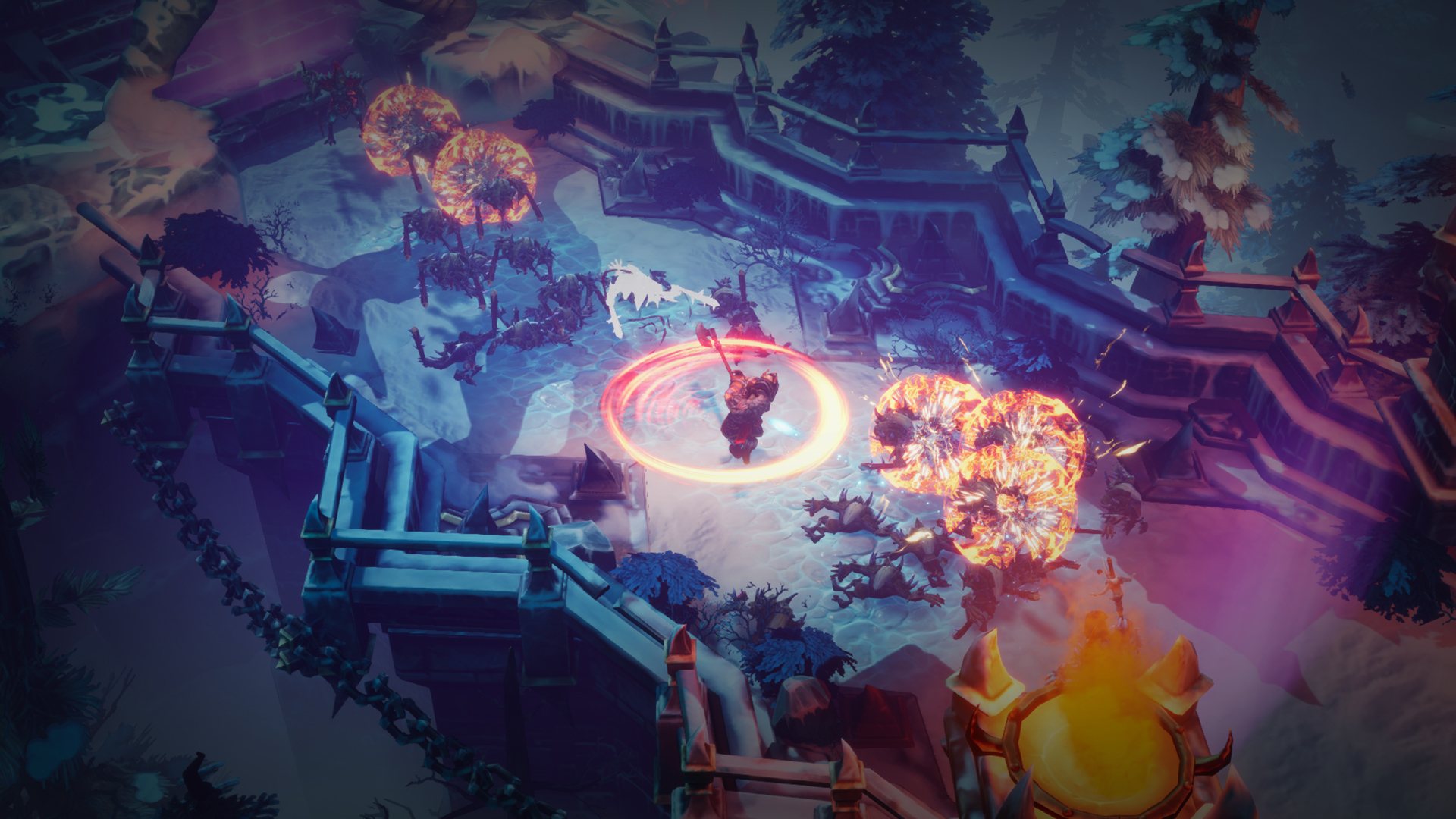 Most of your time will be spent grinding stages (sound familiar yet?) for hard to get crafting materials, or shards, that you’ll need to unlock a new character class to play as. In order to get a new character you’ll have to take place in assassination missions over and over again until you get all of the necessary shards to buy your new character. You can also participate in defense, survival, and all sorts of other missions. It’s a mix that I didn’t think would work, but it oddly does. It’s something different. Instead of making another Diablo clone Mad Head Games went with something different. It does have a lot of problems though.

For starters, there’s no way to delete your account and start fresh. When I started playing the game again my old heroes were gone. I understand that because it’s an official launch and not early access anymore. What was unacceptable was the fact that I was forced to start as a character that I didn’t want to play as while every new owner of the game got to choose their own character at the start of the game. I did get access to the three starting characters and a free one of my choosing since I was an early adopter of the game once I completed the first mission so there’s that.

As much as I like Pagan Online I have mixed feelings on it at the moment. On one hand, it’s fun to play and I love that it mixed Warframe with Diablo and created something unique and fun. On the other hand, it’s really buggy and needed more time to bake. Every character feels unique from each other though and I love their designs. The UI is freaking terrible though and make my eyes bleed every time I play. My main issue is with the performance. I shouldn’t ever drop frames in this game. It’s not demanding at all on my system and it played better in early access. This is unacceptable.

Those problems aside this is a good game. I really like it. Is it better than Diablo or Warframe? No. It’s not even close to being better than those games, but it does something I didn’t think I would ever see in a game. A successful attempt to blend two completely different games together and it works for the most part. I like all of the characters that I’ve tried out so far. The gameplay is different than your average ARPG and I like that. You don’t click to move. You have to use WASD controls. The right and left mouse buttons are attacks while moving your mouse around is how you aim. It’s pretty cool and it’s something that took some getting use to. Most of the negative reviews on Steam are from people that refused to learn the game. They wanted a Diablo clone and didn’t find it here.

If you can find this game on sale I recommend checking it out. If the fps issues and various different bugs are fixed I would totally recommend spending $29.99 on it. That’s only when/if they’re fixed. Right now it’s not worth it.

Have you tried Pagan Online? Do you like it?

The Beauty of Wolcen

So the devs of Temtem are deleting post that disagrees with their roadmap and calling them "rude". That's cute. Your roadmap is shit and adding a Battlepass to a game that we paid for is a poor move. Free to play games have that shit.

@DromgooleRob @VGKnightinArmor @RamesesVi Your bringing reasoning and logic into this fiasco of a post. I wish you luck and good will on this endeavor.

I think I should give Yakuza another chance. I went in with a negative mindset on PS4. Maybe I'll like it more this time around? Or maybe not. Idk yet.