Pokemon Masters is one of a quite a few Pokemon games out on phones right now. This one focuses on collecting Pokemon and battling with them while winning badges in a new region. Here’s what I think of it. Pokemon Masters is the best looking Pokemon game that’s released on phones to date. The Pokemon, character models, and various different moves all of the Pokemon performs in battle look fantastic. The ultimate moves that each Pokemon has adds some extra oomph to the battles, but it’s clearly lacking when compared to the real Pokemon games. The game ran really well on my IPhone XR and I have no complaints with the performance. 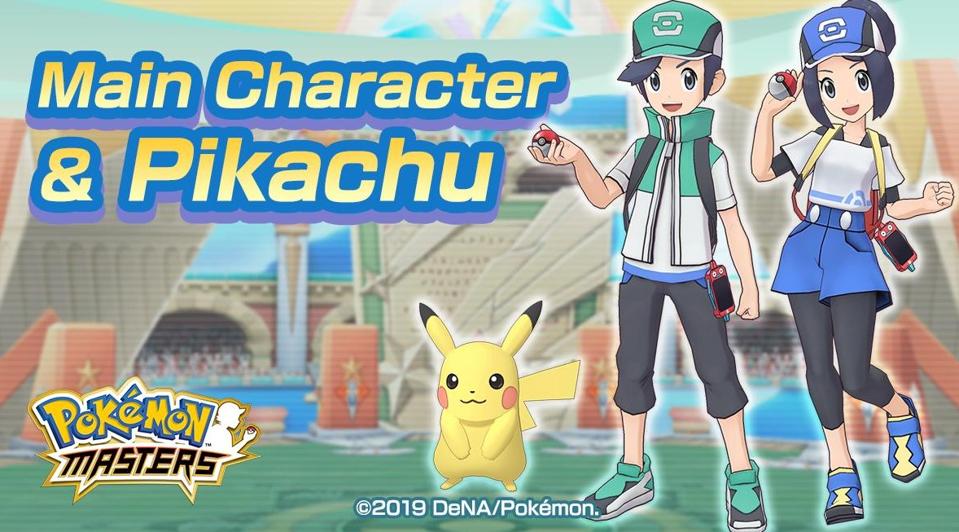 The battles in Pokemon Masters take place in real time and it’s alright. It’s not as good as the main Pokemon games, but it’s something new and I enjoy it for the most part. What I don’t enjoy are the requirements for each stage and chapter. I know that Geodude can be damaged by water, grass, fighting, and steel types, but only ONE of those types will do double damage on him and even then it’s a gamble on whether or not you’ll do enough damage to take him out before he powers up and murders you. Type advantages mean nothing in this game.

I can have 1,000 more power than my opponent and still lose against their overpowered Pokemon even though they should be weak against my chosen types. Another huge issue I have with the game is the lack of evolution. Not every Pokemon can evolve in the game. So far only a small section of Pokemon are capable of evolving and getting stronger. Once I hit a wall and ran out of free gems I was pretty fucked because I had no good Pokemon. It took me awhile to grind up to where I needed to be in order to pass that stage, but then I hit another wall on the very next chapter. It’s also not fair that my opponents can some times have a full party of 6 Pokemon while I can only get 3 and since you don’t heal between battles it can make getting through a few trainers in a row very difficult… unless you pay for some high powered Pokemon anyway.

You want to be the very best that no one ever was. You know the drill by the now. The big difference is the story here is utter shit when compared to other Pokemon games. Yes, the Pokemon sound good and so do the trainers, but I never really cared about what was going on. I eventually just skipped the dialogue and got back to the battling.

The Pokemon trainers like Misty, Brock, and Surge sound really good when they speak. The problem I have with the sounds is the average at best soundtrack. None of the tunes that played were memorable and that’s a shame since Pokemon games usually have some of my favorite soundtracks to listen to.

It Forces You To Spend Your Money:

Do you want to catch em all? Too bad. Well… too bad if you don’t want to spend your money anyway. Yes, everything technically could be gotten by grinding for hundreds of hours… or you could speed that up by throwing some cash at screen. The rate at which you earn money is incredibly low and if you want good 5 star trainers you’re going to want to hit the cash shop so you could try getting that Totodile you’ve been eyeing since you started the game. Or are you a Cyndaquil fan? My point is this game borders on being pay to win and I hate that.

Pokemon Masters is average at best that relies way too heavily on its cash shop. You'll never be able to fairly acquire all of the Pokemon in this game and that kind of defeats what Pokemon is. The real-time battles are a nice change of pace when compared to other games in the series, but this is a far cry from what I would call a good Pokemon game. Only a few Pokemon can actually evolve and the frequent difficulty spikes will slow up your progress unless you have a good team and the only way to get a good team is to buy them.

No near imo. I love the design of the Series X. It looks like a tower PC.