Instead of taking advantage of the double XP weekend in Fallout 76 I played Hexen for about an hour and a half and you know what? It’s still as good as I remember it when I was a kid playing on his Nintendo 64.

I was afraid when I booted Hexen up for the first time on my PC. I’ve owned the game since forever and decided that it was finally time to revisit one of my favorite games from my childhood. Hexen ruled my brother and I’s life on the Nintendo 64. We spent many, many days and nights trying to master this game. It was a huge undertaking for two children and we rejoiced when we finally saw the end credits roll. I was the mage and my brother was a cleric. We eventually got my cousin (my adopted little bro) into the game as well and it was the three of us against the forces of hell. So how has this game changed in the 21 years since I played it?

Honestly… this game has aged pretty well. The controls (I had to use a third party program to get the game playing the way I wanted to) are really good, the gameplay is solid, and it still looks really good to me. I choose the cleric and jumped right in. I was immediately overwhelmed with nostalgia. The way the game sounds, the monsters, creepy environments, and puzzles made me have flashbacks to when I was a kid trying to complete this game with my little brothers. My brother just so happened to be in my room with me at the time I was playing and we completely nerded out when I started killing enemies. 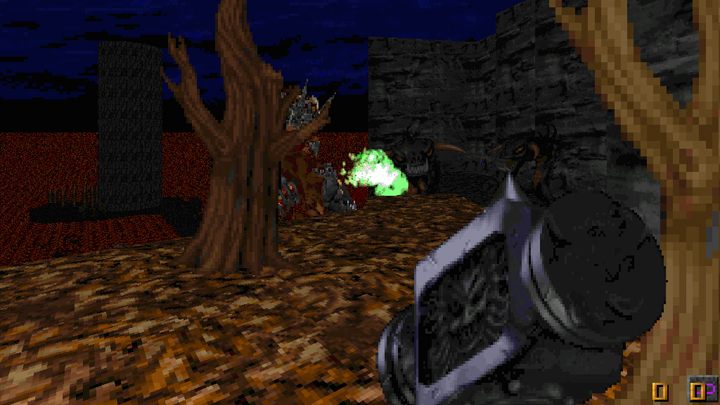 Beyond Heretic has aged really well. It stays plays really good and I enjoyed getting my ass handed to me by the demonic forces of hell. The horror elements are strong in this game. The lighting is still pretty good for such an old game and I even got it to work with a controller. I’m currently stuck on the second stage. I forgot where all of those keys are hidden and I keep dying from all of the traps that are scattered around the map, but I’m having fun. Hexen: Beyond Heretic is still as good (possibly better) today than it was when I played it when I was 8 years old.

I don’t think nostalgia plays a part in me calling this game good. Is it old? Yes. But I don’t think it’s bad. It’s easy to think back on an old game and call it awesome. I actually played this game for over an hour and I never got bored or thought about playing something more modern while I was playing. The controls (once you map them correctly) are really good and I think this game has aged really well. I can’t completely dismiss the fact that I was very nostalgic when I booted it up, but once that feeling faded away I was still having fun. I was still a little scared to walk down that dark ass hallway because of the excellent use of ambient sounds and dark soundtrack that played in the background. I was impressed by the puzzles and various different traps that were scattered across the stage just waiting for me to step on them or fall through the ground to my death. I still enjoyed the entire experience and it’s been 21 years since I’ve played this game. 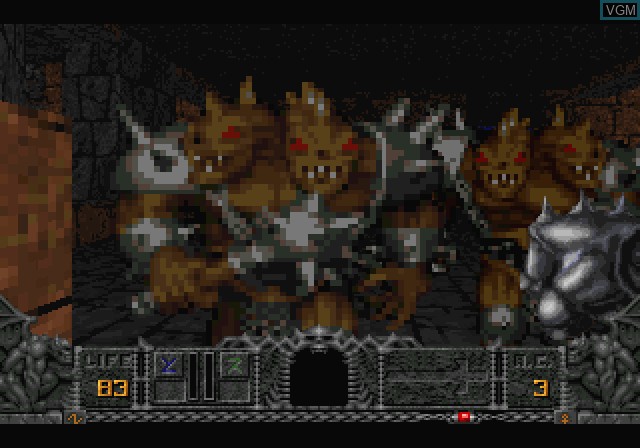 Hexen is still absolutely fantastic. I loved revisiting this game and if you’ve never heard of it you can get it super cheap on Steam for $4.99. If you do decide to take the plunge and buy this game you should know that you’ll need to download some third party software. I’m using ZDoom.

I highly recommend using this before you play Hexen. The game will not work well without it. Have you every played Hexen? What do you think of it?

No near imo. I love the design of the Series X. It looks like a tower PC.