Do you want to play a JRPG that has roguelike elements? Then you might like Sin Slayers. Here’s what I think of it.

I received a review copy of this game from Black Tower Entertainment. 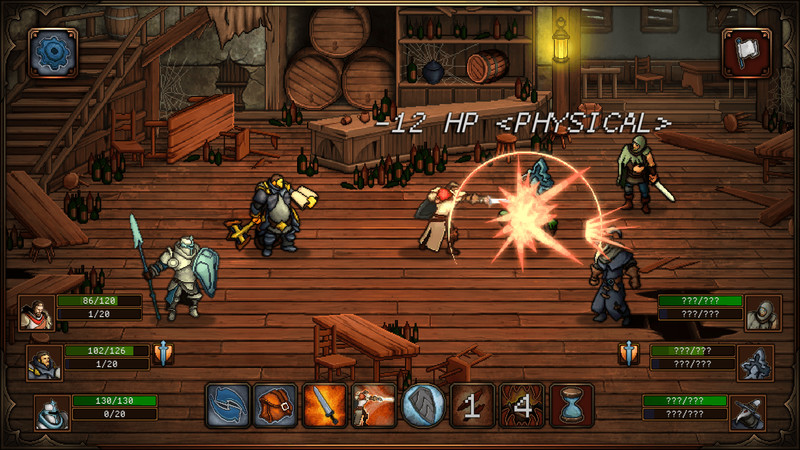 Most JRPGs tell a good story, has interesting characters, and solid gameplay to guide us through a 40+ hour journey. You’ll only find one of those things here. Sin Slayers has really good gameplay and I never got bored of while playing it, but it does get really repetitive during long play sessions. When the game starts you’ll have access to three characters. A warrior, rogue, and healer. The healer is the most important unit in the game in my opinion. I kept her in party the entire time I played because being able to self heal while out exploring makes the game a lot easier.

There are multiple different zones to explore in Sin Slayers. You explore by clicking a tile in front of you and watching as your character walks along the map. All of the tiles are greyed out so you never know what you’re going to encounter along the way. Will it be an enemy? A trap? Or something else entirely? I love the surprise factor of this game. I never knew what I would encounter with every step I took and that kept me invested in the game the entire time I played.

The main goal of each area is to find the boss and kill it. Killing the boss of the first zone unlocks the main boss’s domain. Along the way you’ll encounter multiple side quest both in the field and in the main hub at the church. I prioritized completing all of the quest that future companions gave me because I wanted them on my team. One companion required that I kill 200 enemies and another one just wanted me to build them a set of armor. Unlocking new companions to fight as was fun and I enjoyed some more than others. 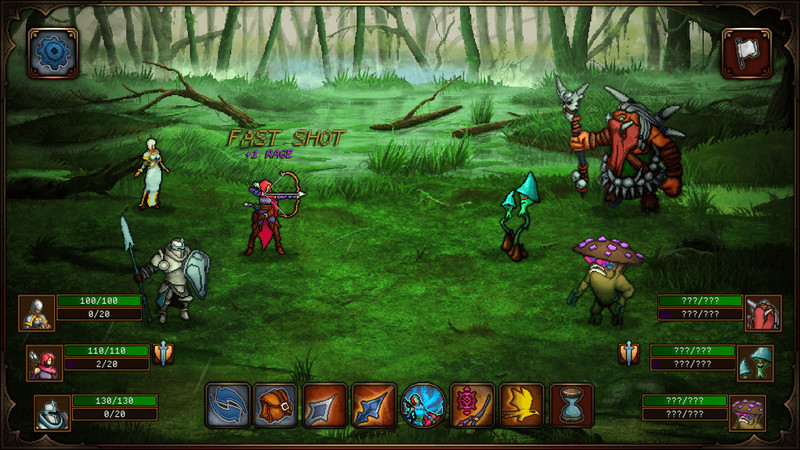 Sin Slayers doesn’t look bad. It has different biomes to explore, good enemy variety, and well designed bosses, but nothing ever wowed me. The main character models are only okay. The only one I would say looked really cool was the ranger you start the game off with. The performance is rock solid on my 1080 and I didn’t experience any game breaking bugs or fps drops. It’s a good port. The animations… are okay. Like I wrote above… nothing ever wowed me here.

Inventory management is also a pain in the ass. I’m also not a big fan of the UI. Once I made a good dent in the game I had pages of shit to sort through and it was a real pain navigating everything to find that one item I wanted to use on one of my characters.

You’ve got your standard Warrior, Rogue, and Mage classes. They’re not exactly called that, but they perform like your typical warrior, mage, and rogue would. Later on you’ll get access to a tanky knight, a paladin that can buff, heal, and damage enemies, an Inquisitor that’s a weird mix of tank and magic, and many more characters. I enjoyed unlocking new characters to take into battle until I found the right setup for myself.

There’s basic customization in this game. Meaning you can equip your chosen heroes with a weapon and piece of gear to enhance their stats. You can visit the blacksmith to create new weapons, armor, and various different items for you to use in battle and that’s it. It’s nothing super in depth, but it got the job done. The only time I visited the blacksmith was when I had an abundance of materials to use so I could outfit my entire party with a well deserved upgrade to their gear. If you want to upgrade every character that’ll take you awhile and you’ll most likely need to do a LOT of grinding. Just choose your 3 favorites. 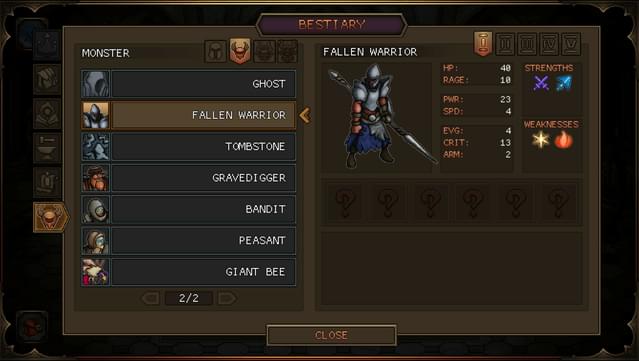 A group of people fight against the forces of evil and are trapped inside a church. The only way to leave is to defeat the Sin Lords that have popped up all over the place. You’ll have to fight Gluttony, Sloth, Envy, Greed, and others. It’s all really neat on paper, but the execution left much to be desired. It’s backed by some truly terrible voice acting and you’ve got yourself one very forgettable experience. Thankfully, the gameplay makes up for the lack of story here.

Here’s another area that was a big letdown for me. I can go without a good story, but I’m a huge sound guy and I love when games go the extra and has good all round sounds. The voice acting, as I mentioned above, is terrible. The soundtrack is hit and miss. Some tracks are really good while others (looking at you battle music) is mediocre at best. The various different sounds that play in combat are all average and nothing to write home about.

Everything you do in the world affects your sin meter. The higher the meter the harder the game becomes. At least on paper. Sin Slayers in ridicolously easy even on a maxed out sin meter. The thing that bothered me is that EVERYTHING you do affects your sin meter. Even stuff that shouldn’t does. And if you’re going to tie that meter into the game’s difficulty it should at least make the game harder. It doesn’t. This can always be patched though and I’ll come back and update this in a few months if that does happen.

Sin Slayers is a mixed bag. It has really good gameplay, but not really much else going for it. The best thing about it is that it's really cheap. It's only $15 and if you want a game that's led by its gameplay than you might want to check it out. This game missed earning my official recommendation, but it is fun in short burst. I don't dislike the game and I think that it can be improved with more content and patches. If this game did more with the story or soundtrack I could easily bump this up to a solid 7. As it stands, it's only okay and if you can find this game on sale I would recommend checking it out then.

The Beauty of Wolcen

So the devs of Temtem are deleting post that disagrees with their roadmap and calling them "rude". That's cute. Your roadmap is shit and adding a Battlepass to a game that we paid for is a poor move. Free to play games have that shit.

@DromgooleRob @VGKnightinArmor @RamesesVi Your bringing reasoning and logic into this fiasco of a post. I wish you luck and good will on this endeavor.

I think I should give Yakuza another chance. I went in with a negative mindset on PS4. Maybe I'll like it more this time around? Or maybe not. Idk yet.