I’ve told multiple people many times that I believe the 3DS is the best console ever created and it has some of the best RPG games ever created on it. I never got a chance to play the 3DS version of Alliance Alive so I was really excited heading into this. Here’s what I think of it.

I received a review copy of this game from NIS America, Inc. I wasn’t a big fan of Alliance Alive gameplay when I first booted up the game. I thought it would be your run of the mill JRPG. I was wrong. As I played and unlocked new features I realized how much depth there is to what seemed like a simple formula at the beginning of the game. Your characters don’t gain xp and level up like they would in every other JRPG I think I’ve ever played. Instead, they gain new abilities while fighting as well as level up those abilities while you use them in battle.

It’s a really neat system. You can’t grind and over-level your enemies in this game like you could in other JRPGs. You can grind and learn a bunch of neat abilities that will make the game a lot easier for you though. Almost every character can use every weapon, or spell, in the game if you’re willing to grind for it. I gave one of the main protagonist a giant sword because I had too many single blade users. I spent his skill points on leveling up his great-sword mastery and that let me perform great-sword moves for a lower cost in battle. Battling is a great way to learn new arts, but that’s not all you gain by fighting enemies. At the end of a battle there’s a chance one, or all, or your characters will get a permanent boost to their HP or SP, or both!

To increase your chances of getting more health, sp, or learning arts you can spend points you earn at the end of battle on learning various different talents. Talents are passive abilities that raises your chances to learn new arts, reduce the amount of skill points required to perform certain arts with a particular weapon or spell, and various other useful perks. Grinding for skill points to unlock them all will take a lot of time. Especially if you want to do it for all of your characters. You’ll easily get well over 100 hours if you decided to go that route.

Guilds also play a role in this game. A very useful role. You’ll eventually get access to guilds during your travels. Guilds will randomly help you out during battle. Some guilds will lower an enemy’s defense during battle (which is super useful by the way), scan them, and do all sorts of neat things. Later on in the game you’ll be able to build guilds on specific locations on the map. You’ll have to recruit people to work in the guilds so you can benefit from them. It’s worth going out of your way to recruit NPCs for the guilds because of the bonuses they offer you in battle, but this is not required. You can easily complete the game without investing in guilds at all. 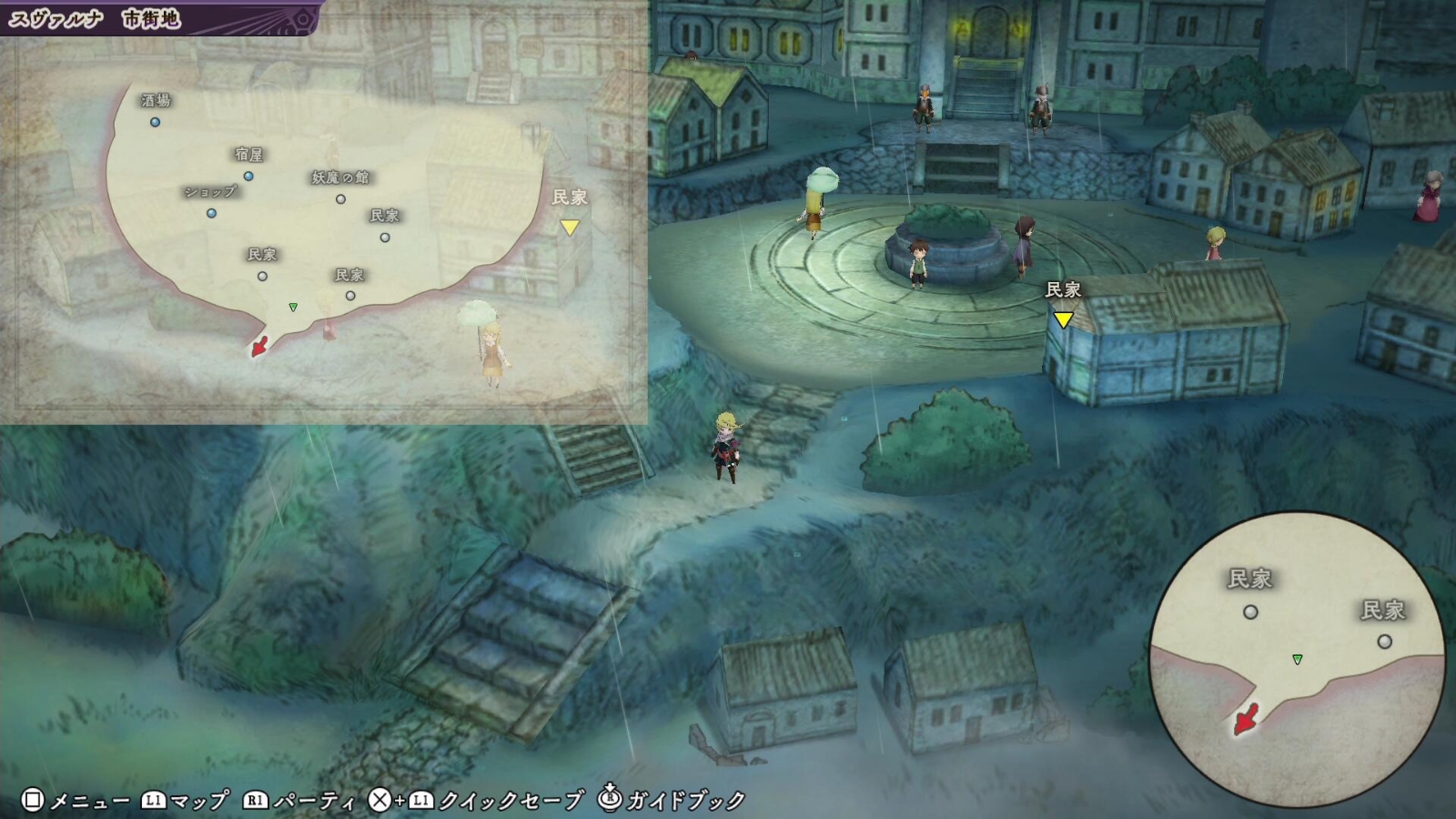 There’s a legendary cast of people that worked on this game. The story is written by Yoshitaka Murayama (Suikoden) and I really enjoyed it despite the game having zero voice acting.

When Alliance Alive started I was playing as a young man named Galil and Azura and set out in search of a fabled ship that could supposedly cross between the realms. After the first few hours I was then put in control of two other protagonist that was eventually joined by a third one named Tiggy. There is no main protagonist in Alliance Alive. It’s ensemble of different characters that work together to try and figure out what’s going wrong with the world.

The nine characters had a pleasing amount of charm, silliness, and depth to them. I really loved Vivian and how air-headed she could be because she’s not used to dealing with humans. She’s one of 9 interesting characters that I got to know during my 40+ hour journey. 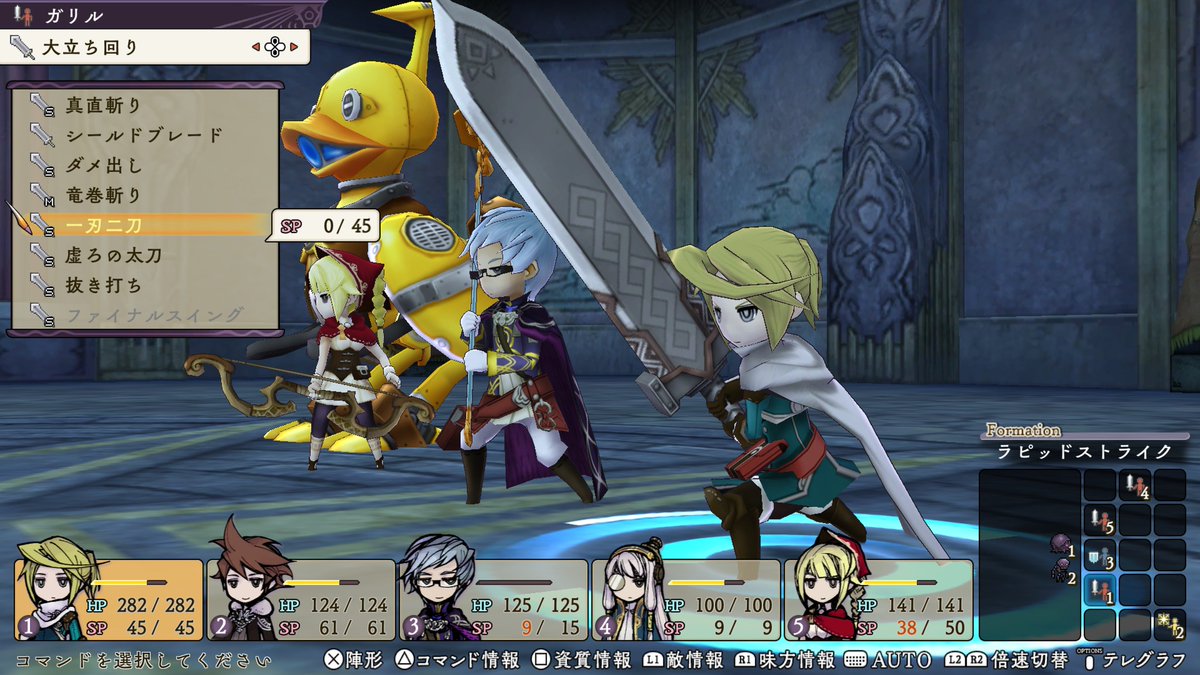 Alliance Alive is a remaster of a 3DS game. It borrows a lot of it’s graphical style from Bravely Default. This game makes use of watercolor like art style is beautiful here. This game got a really nice coat of paint and looks incredible at times. There’s a lot of diversity in the environments from rain soaked forest to a hot barren desert all way to the creepy fog covered world of the caged realm. This game starts off linear but really opened up after a certain story point.

This game ran butter smooth on the Switch. I mainly played in handheld mode and got about 3 and half to 4 hours of battery life gaming every night. I didn’t experience any frame drops, crashes, or bugs of any sort. It’s optimized really well and runs like a dream. What more can you ask for?

The soundtrack was composed by Masashi Hamauzu (Final Fantasy) and, which shouldn’t surprise anyone, is absolutely incredible. The soundtrack ranges from goofy to melancholy to adrenaline pumping. This dude knows his shit and has created another superb soundtrack to another excellent game. So why isn’t this in the great section if I love the soundtrack? Because of the lack of voice acting. I found it hard to get invested in cinematic cutscenes because of the lack of character voices. That’s literally my only issue in this section. 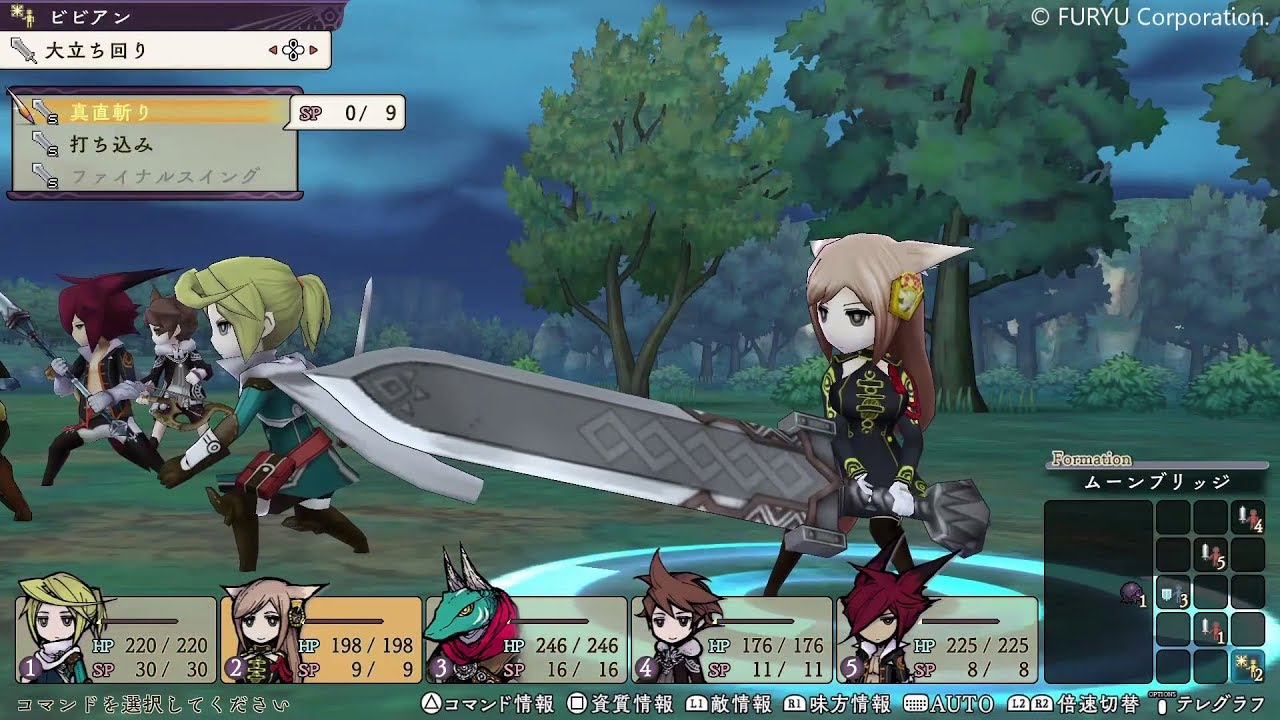 This game is filled with cinematic cutscenes… that has zero voice acting. It’s not something that’s so horrible that it makes the game unplayable, but it is weird. Why? Because it completely takes me out of the game when I have to stop watching the cutscene to read the lines that everyone is saying. I had to rewind (thankfully you can do that in this game) some cutscenes and watch them again because I missed certain moments that I would not have missed if the game had voice acting. This is a remaster that adds nothing new at all…

The Alliance Alive HD Remaster is great. It fell just short of being fantastic for me. I enjoyed the story, getting to know the different characters in the game, and gameplay. The lack of voice acting isn't a huge deal for me outside of those cinematic cutscenes. The Alliance Alive easily earns my recommendation. If you've never played this game before it's an easy buy. For those of you thinking of double-dipping, it's up to you to decide if you want to pay $50 for a game you've already played before.

Temtem Is Not The Pokemon Killer It’s Advertised As

Dafoes character saved him from certain death in JW1.

In the second, he had help from the Bowery King.

In the third, he got stitched together by that asian doctor, got drugs AND needed asylum to get to Casablanca.

All he does is getting help. 😂

So Metro Exodus is now on Steam again after going to EGS. I can't help, but think it's a little too late for it to have any good sales on Steam. Especially when you consider the fact that it's on Game Pass which is how I played it. I've only bought a single game on EGS.